While scrolling through my newsfeed in Facebook, I came across a post which showed a picture of a boy sitting with his right leg burnt and two pictures of a OPPO smartphone all destroyed. It is quite evident that anyone seeing this picture below will come to a conclusion that there’s a new explosive device in town and it has started unleashing its wrath upon the people using the device. Like others, I started warning my friends and families to cross out the brand OPPO while choosing any upcoming smartphone. 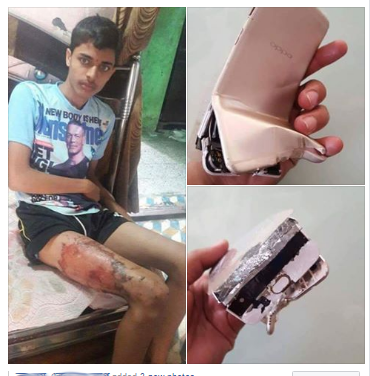 And then I came across this picture which was posted on 11th October, 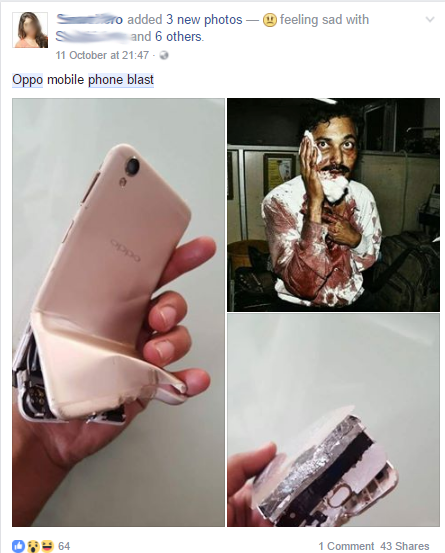 Sensing something fishy, I put on my investigation hat to see what this story is actually about.

The first pic is currently going viral in Bangladesh and the picture above is a post made by an Indian with a different injured person’s picture on October 11th.

What was the procedure to examine? Simple

We searched the images of both the injured persons and came up with the following results:

The first picture is of a boy who actually did get injured by a smartphone which exploded but the phone is actually not OPPO but a local brand called Karbon, thanks to Google Translate for the analysis.

Mumbai in adjoining Thane his mobile phone in the pocket of a young man burst. The accident has been badly injured his thigh. Currently, the treatment is continued. Such accident …..
– Shahpur in Thane area is incident on Thursday night. The name of the young man was injured in the accident Thackeray hereof.
– Thackeray had several hours to charge the phone and the market was going into the pocket.
– According to information, the explosion was so powerful that phones were blown to bits and pants caught fire.
– The phone company was carbon. After the incident to file a case against the company’s family of conscience are speaking.
– Currently treat Karan continues in a Mumbai hospital.
– As a reminder, the Samsung Note 7 to the rupture of the last few days there have been several cases, after which the company has stopped its production.
Hindi News gain associated with other updates to follow us on Facebook and Twitter! Be updated every second

The article also does mention about the recent explosions by Samsung’s Galaxy Note 7 which does indicate that this is actually a recent report.

We, the Techetron Team, pray for his early recovery!

Looking at the picture reminded me of the idiom, A picture is worth a thousand words. A smartphone explosion can never be so deadly, (based on the trends actually) Here are the results of the injured man’s picture. 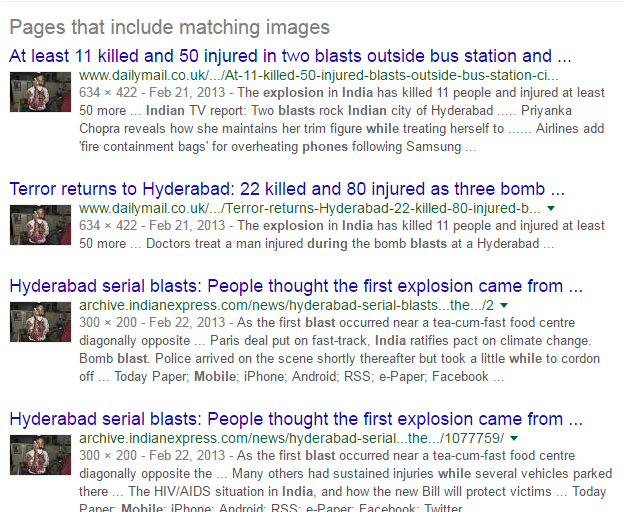 There’s nothing to be explained here as the picture above has already given you the idea from where the picture was taken from.

So, what is left? 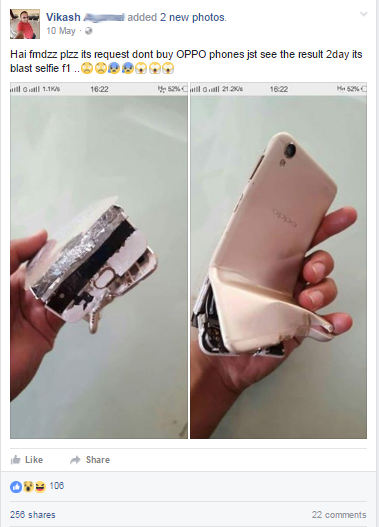 The news regarding the OPPO device was first posted by a facebook user who goes with the first name Vishal back in May. According to him, the smartphone exploded when in use! The device in the picture is actually an OPPO F1 Plus and not OPPO F1. We searched for any news regarding it but there wasn’t any coverage regarding any OPPO devices exploding.

However, there were some news by PhoneRadar regarding OPPO R9 & OPPO F1 Plus exploding in China. Click here to read the details.

According to us, the phone either did explode while charging or has received a physical damage which caused the battery to heat up and explode.

Our prime objective was to actually lay out the truth. Using images of injured person from different news to establish a point isn’t a right thing to do at all.

If OPPO smartphones does explode, I personally would be the first one to warn others. What we did here is for the people to actually know the real news and not get swayed away. In fact the case should be with all the phones.

A major precaution would be to actually be on high alert when any phone starts heating up! Better to not take risk putting the phone in the pocket.

One would have to be living under a rock to not know about Windows 8. Everyone who does…
byShahriar Emil
9 comments