While Xiaomi has been releasing some good routers for the past couple of years but there was always something which lacked behind. There was two routers though from Xiaomi which showed a lot of promises but never came much in the spotlight. That may soon change as Xiaomi announced today a new Mi Router, the Mi Router HD. 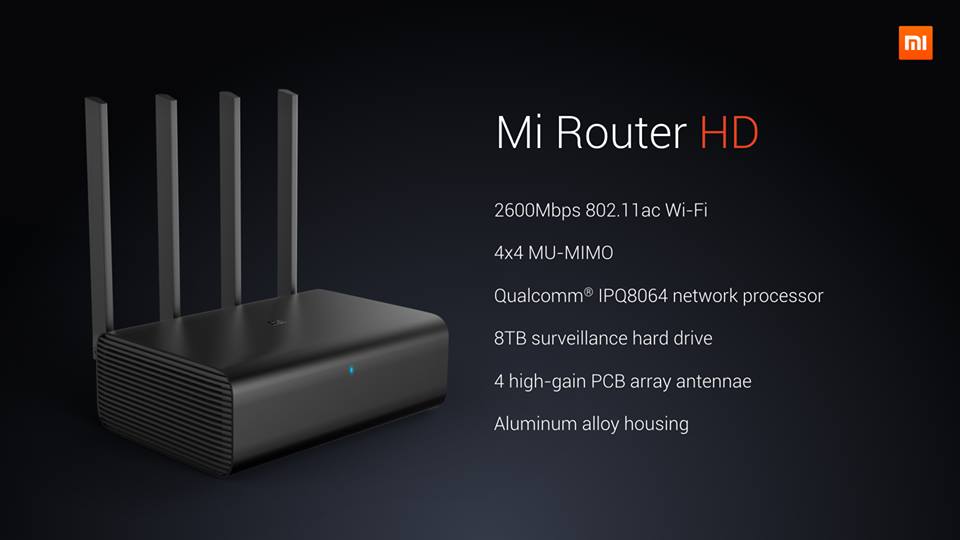 The new Mi Router HD seems to be like everything a pro home based user could ask for. The router comes with a 2600 Mbps enterprise router solution under 802.11 ac Wi-Fi. It also includes 4×4 MU-MIMO support and has 4 high gain PCB array antenna. The device comes in a aluminum alloy housing and the network is handled by a Qualcomm IPQ8064 network processor. The router apparently like it flagship predecessors comes with storage solution. Either in 1TB or in 8TB to store or back up anything in the cloud. It also syncs with Dropbox just in case you would like to have a backup of your backup.

Xiaomi didn’t reveal the actual price of it yet but for the 1TB it will be under $200 and for 8TB it will be under $500 according to them. Sadly like any other Xiaomi devices the router will only be available in China for now. Which really questions why Xiaomi even bothered to come to CES to announce them anyway.

Being blind may mean that a person’s life is different, but it doesn’t mean that it has to…
byMushfiqur
36 shares
36
0
0
One comment
Total
1
Share
1
0