Far Cry 3, the next installment after Far Cry 2 will be out for Playstation 3, Xbox 360 and of course, the PC in 2012. Firstly, Crytek has no business with Far Cry 3. Most of the people believe the producers are Crytek but this is a tropical survival shooter video game from Massive Studios and Ubisoft Montreal.  When Far Cry was released in 2004 by Crytek it changed the gaming industry with its awesome graphics and realism. It literally blew the gamers away at that time. Then came Far Cry 2 after 4 years with Crytek no longer owning the Far Cry franchise. When gamers played it, they found themselves almost driving/walking around deserts and jungles with no stop, well the game is spread over 50 km of space so  the gamers have a lot of space to play hide and seek.

After 4 years, again, we have Far Cry 3 with a total new look. This time the gamer starts of with a man named Jason Brody who is stranded on a tropical island, which according to Ubisoft is termed as ‘ a mysterious island’

This video which was released in E3 2011 pretty much shows us how Far Cry 3 would look like !

We have high hopes for Far Cry 3 ! Hope Ubisoft wouldn’t let us down! 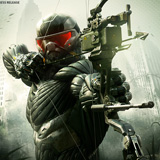 If you recall the ending in Crysis 2, Alcatraz managed to turn the central alien spire against the…
byMushfiqur
1 share
1
0
0
6 comments