After so much rumors and leaks, Amazon has launched its new product named ‘Echo Show’. The device comes with a 7-inch touchscreen that the Alexa will utilize for broadcasting streams, video calls and a lot more. 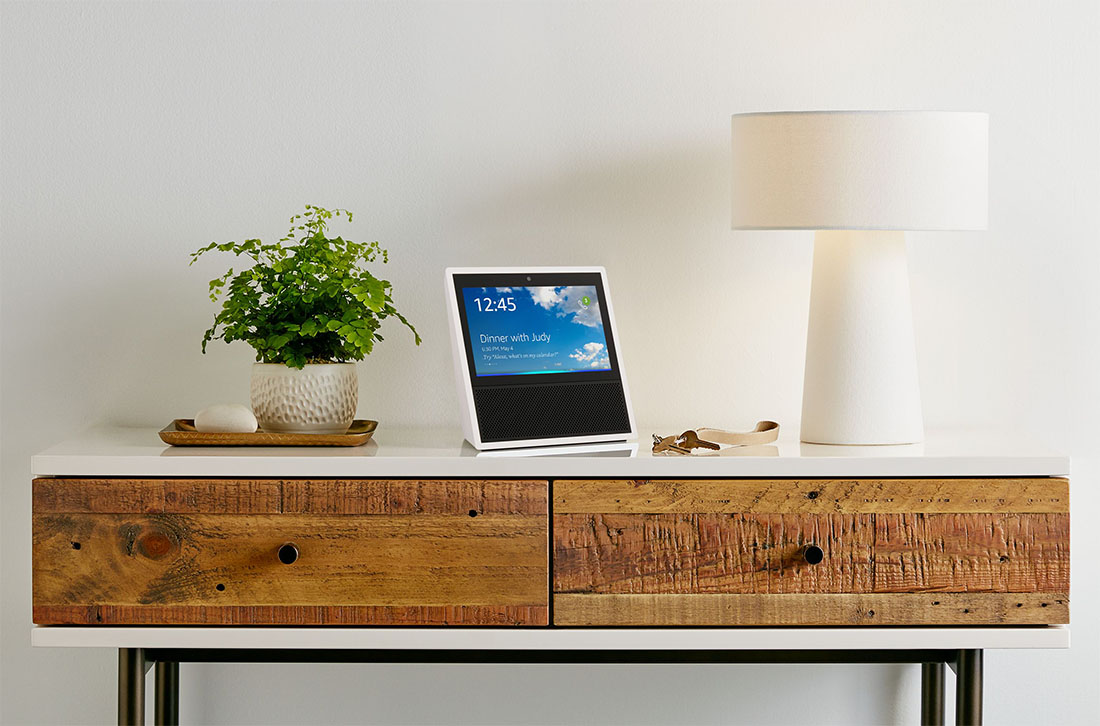 The Amazon Echo Show will cost around $300 and will come with all the features that Echo products provide along with the display. Shipping of the product will start from 28 June but its preorder has already started. It will only be available in the US market for now but we can hope that it will expand its territory. One can save $100 if he buys two.

The Amazon Echo Show comes with a 5MP camera for video calls and an eight-microphone array to pick up sounds from all around the room. It runs on Intel’s x5-Z8350 processor and has 2 two-inch stereo speakers for playing media. The device is compatible with the equipment Amazon Echo supported. Along with it, it will also support security cameras, baby monitors and more from now on. You can also view your Amazon shopping lists, Uber app, Youtube videos, weather app etc. However, it has added screen to it for more functionality but it will still be an almost immobile device due to its weight nearing 1.1 kilos.

Amazon has almost 70 percent market share of smart home devices which beats Google Home’s share by a huge margin(Google Home has 23.8%). By the addition of such ‘Awesome’ products in its line of smart devices, it is surely looking forward to increase its share. Nevertheless, the security issue, which prevailed even during the time of Echo for its always-active microphones, cannot be neglected. It might even raise more issues due to its addition of cameras now.

BlackBerry, once known to be the hotshot mobile phone in the corporate world is now back in the…
byMushfiqur
1 share
1
0
0
2 comments