We did not know much about what would be revealed at Google I/O 2017 but Google’s annual developer conference did not fail to impress us. The main theme surrounding I/O 2017 was software and Google showed off why they are the best in the business. This post lists five of the biggest announcements from I/O in no particular order.

Google Assistant Has Arrived on iOS 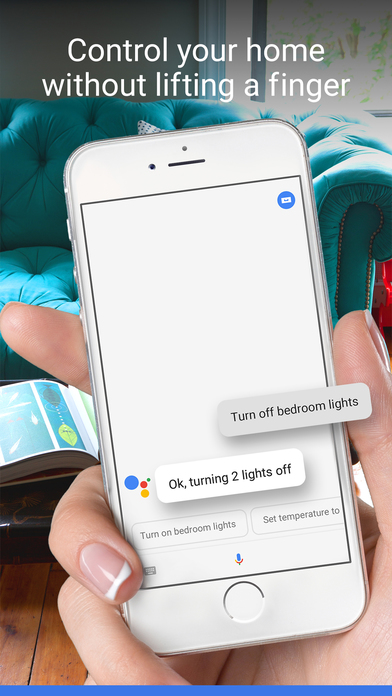 If you were upset that you were stuck with Siri on your iPhone (which is arguably the worst voice assistant when compared to the competition) then cry no more. Google has finally brought their highly acclaimed Google Assistant to iOS devices. Google Assistant on iOS has all the features as its Android counterpart but unfortunately it can not be activated by voice. You can access Assistant through the Google app or through a widget. One of the most impressive unveiling at I/O was Google Lens. It is a new service by Google which leverages their years of experience in the fields of image recognition and AR to, in simple terms, make life easy. Google Lens will be baked into Google Assistant and the camera app so that you can use the feature whenever most convenient. With Google Lens you can identify things around you and even execute particular actions. For example the demonstration that truly blew the audience’s mind was when a user opened the camera app, pointed it at a sticker on a WiFi router and automatically connected to the network as Lens was able to understand the data it was seeing and automatically fill in the information needed into the correct place. Another example would be using Lens to identify various species of flowers. Lens goes a step further and integrates other Google services. One function worth noting is pointing the camera at an actual, physical restaurant and having cards pop up with relevant information about the restaurant. This is possible as Google knows your location and knows what you are pointing the camera at. Daydream in its current form requires that you strap your smartphone into a headset. This is often impractical as your experience can be cut short by an untimely phone call and on top of that, the quality of the experience is limited by your phone. Google aims to solve this problem by releasing a standalone VR headset later this year which is completely untethered and independent of our phone. Google it partnering with HTC’s Vive team to develop this headset which will offer a more immersive VR experience and will be much better at spacial tracking using something called “WorldSense” which works with technology powering Project Tango. Android O does not like like a radically different version of the OS but it is focusing on key factors which will greatly enhance how people use their phones. The first official beta for Android O is available now for the Google Pixel, Pixel XL, Pixel C, Nexus 5X and Nexus 6P.

Google Will Reach The Next Billion Users With Android GO

At I/O Google announced that there are over two billion active Android devices in the world right now and that only counts smartphones and tablets. To reach the “next billion” users, Google is hoping to use a new approach called Android GO. Android GO is similar to the Android One program in that the OS is optimized to work very well with low end hardware and only 512MB of RAM. Unlike Android One, Android GO looks like a much more planned and strategic approach which is more likely to work. The main issue was that applications on the Play Store would end up requiring more resources which the Android One devices failed to provide. With Android GO devices, there will be a different version of the Google Play Store which highlights  applications that are meant to play well with Android GO and use less resources thereby offering a better overall experience. Cmoar Ltd., a Poland based company has come up with a new virtual reality headset which has recently…
byAlavi Wahid
No comments