The Xiaomi Redmi 4X is a budget smartphone from Xiaomi that brings excellent battery life, build quality and a Snapdragon CPU to the table. It is also branded as the Xiaomi Redmi 4 in INDIA ONLY, in the rest of the world it is called the Redmi 4X. My review unit is the 2GB RAM version which comes with 16GB built in storage and costs BDT 12,990 on pickaboo.com who provided this device for review.

Watch Our Video Review of the Xiaomi Redmi 4X

The 4X’s build is great. Most of the body is made of metal except for the top and bottom pieces on the back. On the black version this is difficult to tell because of the similar colouring. The buttons are are also metal and are just the right type of clicky. On the opposite side is the hybrid SIM tray which can house one Micro SIM and one Nano SIM or microSD card. Around the back we have the fingerprint scanner which is super easy to reach and moderately fast. 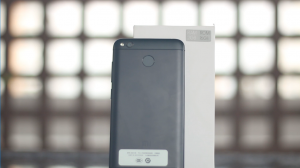 There are 2 speaker grilles on the bottom and one of them is a speaker. The audio got decently loud but I was quite pleased that there was hardly ANY distortion at max volume. Below the screen is a row of capacitive buttons which do not light up and just under home button there is a tiny notification LED. An interesting addition is an IR blaster found on the top of the phone. There is a headphone jack on the top too.

The SoC on the Xiaomi Redmi 4X is an octa core Snapdragon 435 CPU clocked at 1.4GHz along with 2GB of RAM and 16GB of built in storage. You can expand that with microSD up to 128GB as well. What impressed me the most about this phone is the battery life. This tiny phone has a 4,100 mAh battery. It absolutely blows my mind how Xiaomi does this and other bigger companies don’t. For reference my Google Pixel has a measly 2770mAh battery and they look about the same size. With this battery I regularly got 2 days with moderate usage and 1.5 days with a heavy workload with GPS on.

Gaming on this device was a bit odd. Games like GTA San Andreas and Modern Combat 5 ran smoothly but Asphalt Xtreme was unusually laggy even with lowered the settings. Take good look at the game-play in our review video to get a better idea. At this point I believe the performance issues on Asphalt are due to optimization problems with the game as lower powered phones I tested ran the game without much problem. If you are worried about the phone getting hot, don’t. The phone gets warm at best and is never uncomfortable to use. 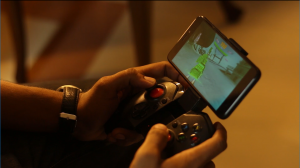 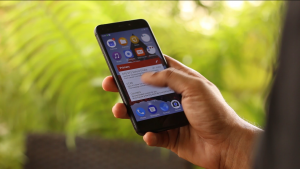 MiUI is getting boring. We have MiUI 8 with Android 6.0 Marshmallow on the 4X with an update to Nougat coming sometime soon. To be 100% honest, MiUI’s launcher is unnecessarily slow. There are tons of great features in MiUI like Dual Apps and Second Space but the launcher makes the phone feel sluggish, which it isn’t. So what did I do? I downloaded Nova Launcher and that put an end to my problems. Animations are faster, the UI is more responsive and overall the experience is just smoother. I hope the slow launcher is addressed in the Nougat update. 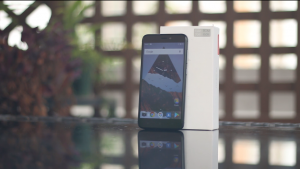 This 5 inch IPS panel has a 720p resolution along with 2.5D glass. There is some form of Corning Gorilla Glass but it is not specified. This is due to the fact that glass for the Xiaomi Redmi 4X is sourced from multiple vendors and so a particular brand name is not used. The display at first looked a little too warm but fortunately you can go into the settings and adjust the colour temperature. After that, I had no complaints.  Viewing angles on this screen were great as expected but I would have liked a brighter display.

One thing I complained about in my previous Xiaomi reviews was the lack of a proper manual mode. Xiaomi only lets you adjust white balance and ISO but that really is not enough especially given that competitors and even Bangladeshi companies offer better manual controls. Having said that, I believe this camera performs better than that of the Xiaomi Redmi 4A and the Xiaomi Redmi Note 4. 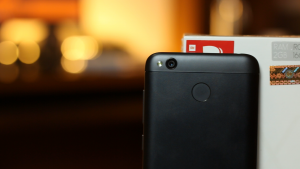 The Xiaomi Redmi 4X is one of the best smartphones for the price. What’s so special about this phone you ask? This phone does have flaws. The manual camera mode sucks, I’m not the biggest fan of MiUI and it lagged on Asphalt Xtreme but the positives far outweigh the cons. I know for a fact that this phone will get Nougat. The battery life is stellar and the build is great. You get a Snapdragon CPU, a great overall camera, more sensors than any phone in this price as well as extras like the IR blaster. These small things add up quickly and at the end of the day, I loved reviewing this phone. It costs 12,990 Taka through pickaboo.com and if that sounds like your budget, go buy it.

Western Digital, a market giant when it comes to storage, has just let the world know that it…
byAlavi Wahid
No comments