You are Here: Home Latest Posts Tech 10 Tasks your Mobile Phone can perform

We all know the basic functions of a cell phone: not miss calls, make calls while not at home, or texting co-workers that the meeting has been rescheduled. But what if there was more to one’s cell phone than just the basics? How would it make people feel knowing they can have the ability to manage their kids time, or know that the local highway to work is under construction?

Well, with the latest phones and newest technology, it’s all possible. No matter what phone or company users choose, they can stay in touch with more than just a simple call or 60 character text. The apps listed below are just a few the mobile world has to offer. Many would be surprised at everything cell phones can do when not being used to make personal calls.

There have been many times when driving resulted in folks getting lost. Thankfully, there is a solution that doesn’t involve a $40+ GPS device. If a cell phone is within reach, use the phone. Customers on the Verizonplan have their very own app: the VZ Navigator. This app can show customers where the nearest gas stations are, ATMs, landmarks, and even give point A to point B directions. What also makes this navigator so special is it saves recent searches.

Wireless family plans have sent out a helping hand in letting parents know where their children are. Sprint customers are able to track their children through their phones with a map that can be viewed either PC or mobile device. The Sprint Family Locator allows parents to keep up with their kids, allowing them to know whether their child is at school or the library.

3. Keep Up with Podcasts

4. Favorite Programs will be missed no more 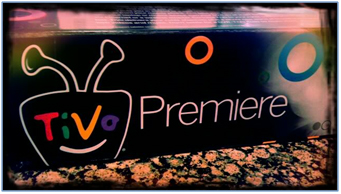 Verizon Wireless customers will never miss a show again with this new TiVo Mobile app. Mobile users are able to program their DVR boxes and TiVo boxes away from home. This application will work with the second and third series of TiVo boxes. The features sponsored from the TiVo Mobile include a complete list of channels and programs, and the ability to see ratings from other subscribers.

5. Blog the Night Away

AT&T and Helio customers can manage their blogs while not being attached to a desktop or a laptop. The websites allow mobile users to create mobile blogs dedicated to cell phone usage. Now there is no longer a reason to stay parked in one spot to write reviews on blogs. Bloggers will benefit greatly with this ability to blog away from home.

Any cell phone owner can use this free app entitled “ScanR,” which enables the cell phone’s built-in camera to act as a scanner. Business cards can be uploaded online into a virtual address book since ScanR scans the bar codes and turns them into “vCards.”

For all the couponers out there, rejoice now, for there is  a new way to get coupons! Cellfire.com allows cell phone users to download the latest coupons straight to their phones. The process is simple, download the coupon of choice, then show the code to the worker at the cash register. Instant savings,  no wasted trees.

Cell phones are becoming more and more popular, and that’s just not from teens and young adults. Older customers are partaking in texting, whether by choice, or not.  For some, texting takes a lot of patience and time, so the kind folks at Nuance’s Mobile have thought up a better way to text. With the voice-recognition abilities, users can just speak into their phone and have the phone write it hands free.

There are applications that allow the users to access their PC while not being on the PC. The Window Mobile 5.0 app lets users grab photos and songs from the home PC, or stream from the laptops from their Smartphones. What makes this app so special is once anything is finally transferred, the PC/laptop will shut off once done.

10. Listen to Radio via Phone

Downloading songs to cell phones is cool, but being able to listen to radio from a cell phone, is even cooler. Smartphones have all sorts of apps out there for Smartphone users to listen to from their phone. It’s much better than lugging around a laptop or listening to the radio in the car or at home.

No matter what the interest, Smartphones and cell phones alike will be there to ease the world’s pains. Keep those texting fingers nimble, and the Smartphone will make everything better.

It is thought that in time, mobile phones will completely replace PCs, and not long after that, even laptops. So maybe jumping on the bandwagon of mobile phones isn’t a bad thing.

It’s always good to have a home away from home, so why not have a PC away from home that doesn’t require actually owning another PC. The ability to have a back-up when the trusty laptop dies is never a bad thing. So keep in mind what all a Smartphone can actually do the next time the doctor’s office calls to remind you of their next visits. Explore what the entire mobile world has to offer.

Author
William
The post is written by William Taylor. William is computer programmer, who is quite thrilled about new technologies like ASP.net and PHP.

Leaks hog the tech community when something is actually not being released. People are simply excited about any…
byMahir Amer
1 share
1
0
0
No comments

Acer, this week, has unveiled a new addition to their Windows 8.1 tablet lineup christened the Acer Aspire…
byMushfiqur
No comments

Google’s Chromecast is the perfect device for a lot of people, allowing you to stream content to your…
byAlavi Wahid
1 share
1
0
0
No comments