Smartphone have been evolving with time and it truly is amazing how things are changing in the smartphone industry with innovations in every aspect of the device. Display without bezels, unlocking phones via face detection, dual facing phone and what not. Huawei managed to grab a position as being the first to do something new in one feature of a device, the camera. We are familiar with dual cameras all these years and Huawei with their new device, the Huawei Nova 2i, has redefined the camera setup by featuring 4 cameras with HUAWEI FullView display at a mid-price range. So yeah, there you have the unique selling point of the device. 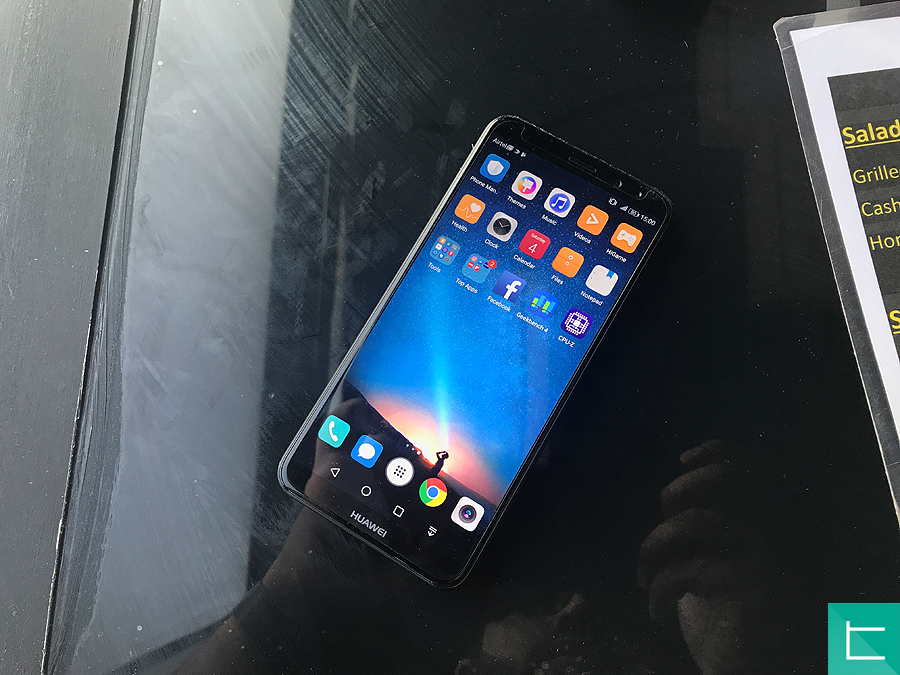 I have been using this device for about 2 weeks till now and so far, didn’t face much hiccup. Of course there are areas of improvement which I will be mentioning here as well.

Let’s start with the unboxing. 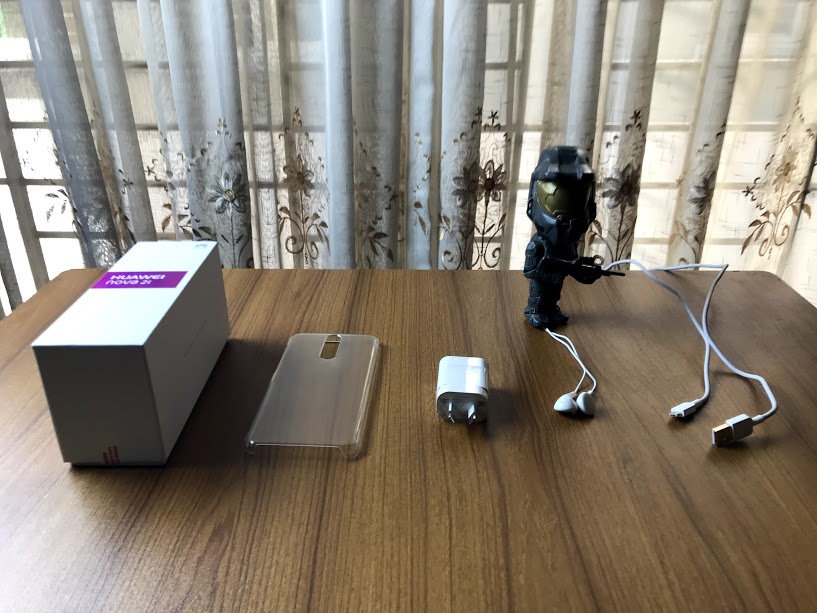 The packaging of the device is quite unique and feels elegant. It seemed as if it was an expensive watch from a renowned brand. In the box, you have: headphones, charger, warranty card, a SIM ejector tool and the best, a case. Good thing, there’s a screen protector already with the phone so there’s no need to spend extra.

Design & Build of Huawei Nova 2i 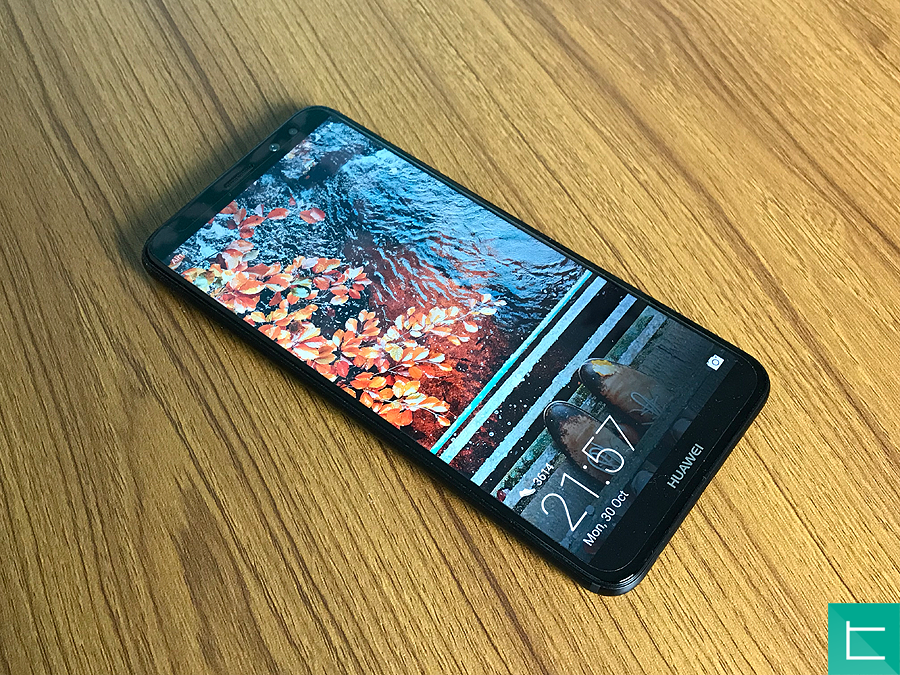 The USP of the phone, as mentioned earlier, is the quad-camera feature but in my point of view I found the build quality of the device to be top-notch. In pictures, the main points that are highlighted is the full view display and the quad camera but in person, the aluminium chassis of the device complete with the fine matte finish gives it a premium look. Thanks to the matte finish, the rounded corners & the curved edges it makes the device easy to hold without it slipping off. One handed use of this phone could be quite hard for some as the phone itself is quite tall compared to other devices. In my first hands on impression article, I mentioned it being tough to pull down the notification toolbar to adjust the settings. Good thing, I figured out an option where, if you have small hands, you can add a button in the bottom navigation panel from the settings menu making the usage of the device much easier.

At the bottom you have the speakers on one side, USB (not type C) in the middle and the headphone jack on the other side. The volume rocker button and the power button are on the right and the positioning is done quite well with easy reach. The SIM card slot is at the left where you will be able to place one or two nano SIM cards. 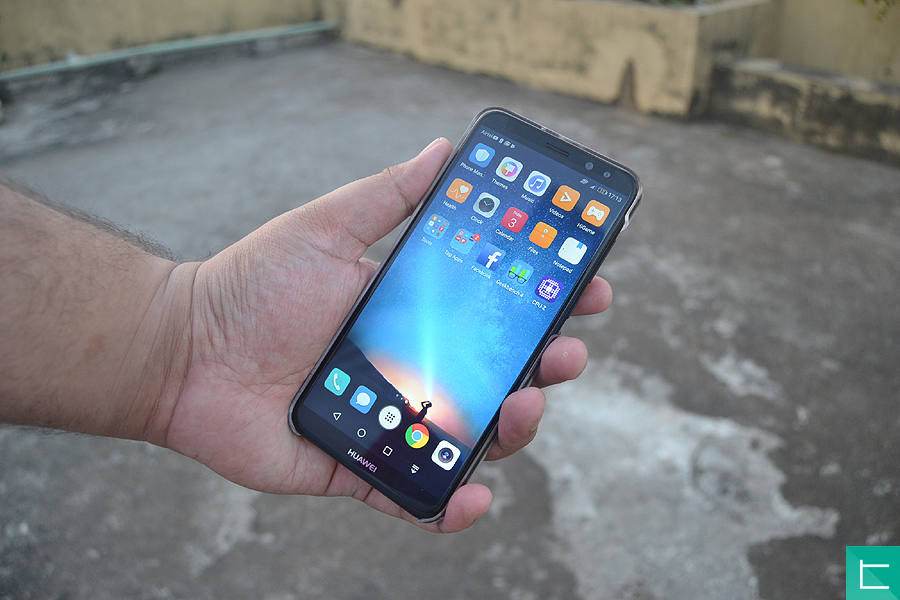 The ‘HUAWEI FullView’ display with minimal bezels on the front sums up to the device’s appeal by featuring a 18:9 aspect ratio. The display is what I would buy this phone for. For a mid-range device to have an all-view display is just worth it. The 5.9-inch panel in the Huawei Nova 2i flows from the top to the bottom minimizing the bezels making the content in the display look gorgeous. I mean, a display of this type is something that you would normally find in an expensive device like the LG G6 or the Galaxy S8.

Color saturation of the display is decent and with an extended resolution of 2160 x 1080, the device seems to do justice to the content and the user interface as a whole. There are plenty of ways where you can customise the device according to your comfort. The ‘Eye Comfort’ is one feature which helps out to filter out blue light to make the display soothing to look at. You will even have the option to set the color tones according to your will.

The bezeless screen is without a doubt, very attractive. I initially thought only some apps will be able to run through the full display but once you start an app, it would seek your permission to fit to the full display and it just works fine. What disappointed me was when I headed straight to Youtube to test out the videos. I realized, all the videos there are 16:9 which means, you will be welcomed with black borders on the side. To test out full view display, I had to search for videos that were recorded by LG G6 since its possible to record 18:9 video there. Trust me, videos in full view display looks amazingly amazing!  At that point, I wished all the videos to have an aspect ratio of 18:9.

EMUI 5.1 is running the show which is built on top of Android Nougat. The UX is quite simple and it seems Huawei has responded to user feedback one of them being the slow response and bloatware. By default, you will have the interface without the app drawer but there’s an option where you can switch to an app drawer style from the ‘Home Screen’ Settings.

The Huawei Nova 2i is armed by the house’s Octa-Core Kirin 659 Processor supported by a decent 4GB of RAM and a 3,340mAh battery which according to Huawei, is good enough for watching a video for 9 hours, 20 hours of talk-time on a single charge and 7 hours of gaming. This is a medium range phone so our level of expectations wasn’t high either on the performance side.

In real life performance, I took the Huawei Nova 2i to the limit by playing high-end games like Asphalt 8 and Dead Trigger 2, watched American Made, took pictures, recorded video, browsed the net and again watched videos in YouTube. I started doing this test at exactly 2:00PM with 85% charge and ended up with 37% at 8:45PM. Within 6 hours 45 minutes and the level of testing that I have done, around 48% was lost. However, with no gaming and a very minimal use and brightness at 50%, I found the phone to last for more than 24 hours.

Lets talk a bit about the single speaker that’s placed at the bottom beside the headphone jack. The audio quality is good and decently loud. The placement could have been at the bottom as usually whenever I hold the device horizontally, I tend to cover the speakers.

Fingerprint scanner is fast and the screen unlocks instantly. I tried to my best to make it slow by running a lot of apps and closing it down instantly but still the scanner worked great. 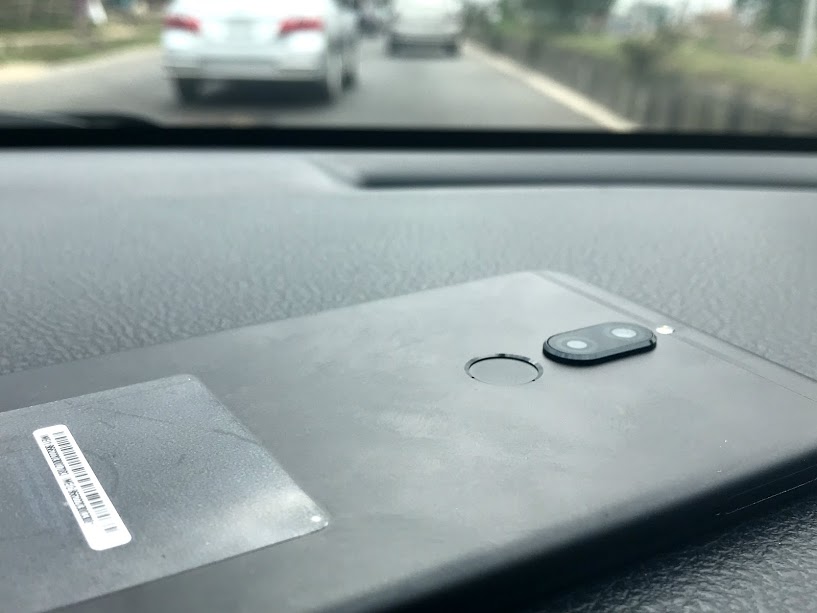 The 16MP camera at the rear is the primary one to take all the shots and the secondary 2MP is there to add depth data whenever portrait mode is enabled. In brief, the secondary camera is there to support the high def pics.

Recording also turns out to be great but there should have been an option of allowing to record with a 18:9 aspect ratio. 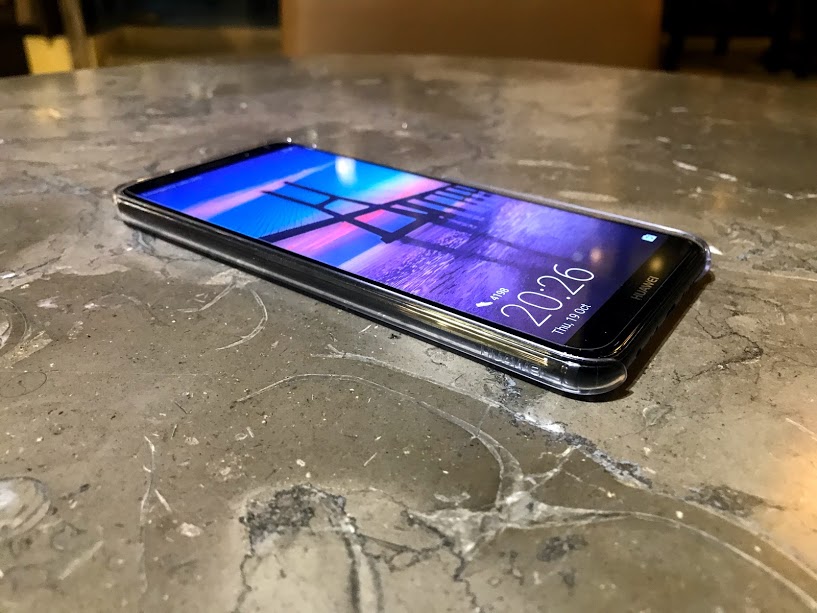 Using this phone for more than a week, I have observed that the devices’ performance is balanced out in order to provide better power to the battery. With the brightness on auto, using a bit of the data connectivity and no gaming, the phone lasted the entire day.

As mentioned earlier, 48% of battery was consumed within 6 hours 45 minutes due to heavy gaming, watching a movie for one and half hour and what not to put the device to test. When idle, the phone seems to lose 4% of charge on standby for almost 6 hours. Its possible to increase the battery life by using extra power saving modes which are available in the settings menu but don’t expect it to increase a lot as it only gives you 1 hour extra life. I really missed the feature of fast charging which would have been a bang for the buck.

Price of Huawei Nova 2i in Bangladesh 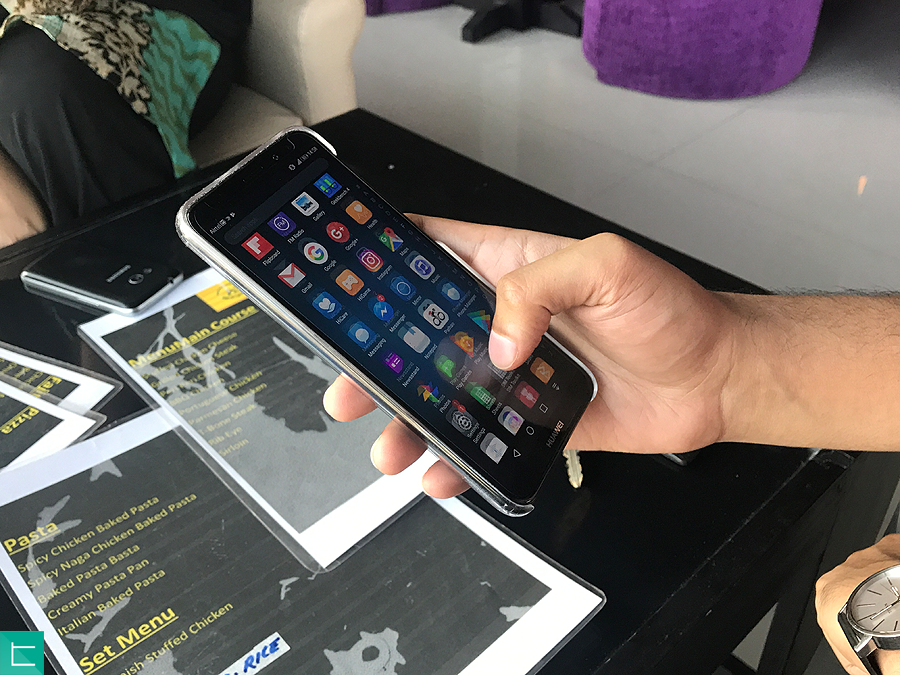 The Huawei Nova2i certainly deserves to be in the list of the best phones in the sub-TK 30,000 category. With a premium build design, the HUAWEI FullView Display, fingerprint scanner and also the quad-camera feature, the Nova 2i is certainly amongst out recommended devices. The 18:9 aspect ratio display trend is just starting and has been introduced in few high flagship devices and to see it already available in a mid-range device is a bonus. The processor works well for the daily routine apps with the software easy to use. The camera could have been much better considering the fact of auto sharpening the photos but hey, shots do come out nice. Overall, my stay with the Huawei Nova 2i was satisfactory and I can definitely recommend this mid-range device.

15th January 2015 was marked in every Mi Fan’s calendar, because in this day, Xiaomi was scheduled to release…
byRobin Rayhan
1 share
1
0
0 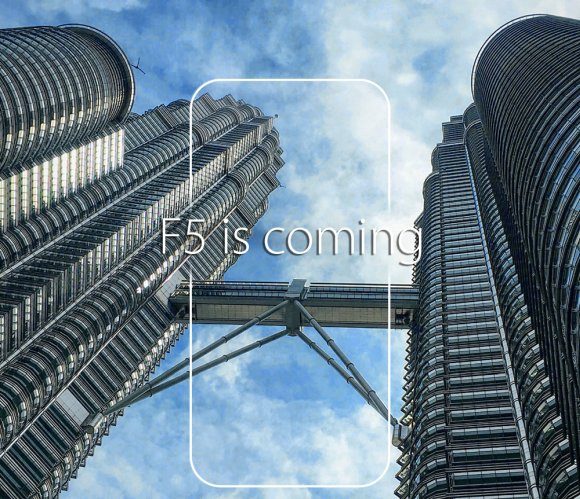 OPPO will be launching their own version of the a bezel-less display phone, the OPPO  F5, in India…
byMushfiqur

We finally caught a glimpse of the much awaited product of the Motorola and Google union. If you…
byHenry Conrad
Total
71
Share
71
0