Google has always been rolling out great innovative apps to help us with our daily lives. So, the newest addition to their lineup of amazing apps is Datally – a data saver.

Datally includes a big button right on the top. By pressing this button, you can cease all background data consumption. This means that only the app you’re on at a given point in time will use data. And with something reminiscent of Facebook Messenger’s chat-head feature, a bubble will appear to inform you how much data the current app is using up. Not only can you limit all apps except for one, you can also choose which apps to limit data for. So if you’re just texting someone on Whatsapp and feel like there is no need for your Instagram feed to load up in the background, you can use Datally to stop it using any data unless you open it.

Now here’s the thing, there are many apps just like this, as many long-term Android user will tell you. But the fact that Google provides a separate app for data consumption management is amazing. Some of the features are already on Android, but with a standalone app, it gets easier for people to find those features and remember to use them. For some of the many countries which offer limited data plans, like Bangladesh, this app becomes really helpful.

Josh Woodward, the product manager overseeing the app,recently said, “A bunch of us on the team spent a lot of time on long flights observing people in their homes, bus stations, classrooms, and kept seeing this airplane mode behavior,” after his team reported that people were going to great lengths in order to save some data.

Since testing began, Datally has been downloaded over half a million times and they believe that the people who downloaded it save 30% of their data on average. 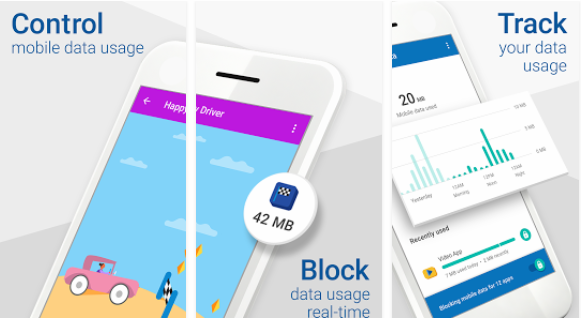 Our bottom line is that if you’re someone who can afford to splurge on data, you probably do not require to use this app. However, if you find yourself constantly struggling to limit yourself to your data pack, this is an app for you.

Download the app right from here. It is available for all Android smartphones running at least Android 5.0 and it is only a meager 6MB in size. Which makes absolute sense, being a data-saver and all.

Kaymu.com.bd, founded in 2012 by Rocket Internet Gmbh, the largest internet company outside the US and China, has…
byMushfiqur
No comments

Wrike is one of the best examples of project management software on the market. The program is a…
byMushfiqur
No comments

Ever felt as if something was pulling you down into abyss; an abyss of self-annihilations, unproductiveness to the…
byTasfia Katha
11 shares
11
0
0
No comments

As the service approaches 1bn users worldwide, WhatsApp founder Jan Koum announces that it will get rid of…
byAdrita Hasan
No comments
Total
4
Share
4
0