You are Here: Home Latest Posts Space Branson VS Bezos- How One’s Journey To Space Compares To The Other

Jeff Bezos and Richard Branson, two of the world’s billionaires, made the headlines by going to space this month. However, they had made this trip from different companies and in different fashion which I’m going to compare in this article.

Jeff Bezos blasted into space on his rocket company Blue Origin’s first mission to space, becoming the second billionaire in just over a week to ride his own spacecraft. With the billionaire were his brother, an 18-year-old from the Netherlands and an 82-year-old aviation pioneer from Texas, Wally Funk- the youngest and oldest to go to space. The rocket on which they travelled was called the New Shepherd, named after the first American astronaut and the date of flight was on the 52nd anniversary of the Apollo 11 moon landing.

Unlike the spaceplane which contained Branson, the capsule used by Bezos was completely automated and required no official staff on board for the up-and-down flight. Virgin Galactic’s trip, on the other hand, used an airplane connected  to a spacecraft. The spacecraft took the airplane to a height of 45000 ft until the airplane was launched. Upon release, a pilot rocketed the airplane into space. Richard Branson won the Space race with Bezos by a time of 9 days.

As for the journey to space, Blue Origin’s capsule traveled above the Karman Line( roughly 62 miles above sea level) as it reached an altitude of about 66 miles (106 kilometers), more than 10 miles (16 kilometers) higher than Branson’s July 11 ride.

The 60-foot (18-meter) booster accelerated to Mach 3 or three times the speed of sound to get the capsule high enough. The Virgin Galactic spaceplane flew slightly lower, but well above the 50-mile altitude recognized as the boundary of space by NASA and the Federal Aviation Administration.

Blue Origin’s Capsule had only streamed the audio inside it and Bezos and his crew could be heard shouting “woo-hoo.” . While Richard Branson’s had been fully live-streamed and it showed the passengers experiencing weightlessness  they floated free from their seats. Bezos and his crew also had the pleasure of experiencing weightlessness for about 3 minutes.

Virgin Galactic’s spacecraft had returned to Earth using a “feathering” system quite similar to the principle a badminton shuttlecock uses. Eventually, the spacecraft glided down to make a runway landing at the Spaceport America facility.

The rocket used to boost up the capsule in Blue Origin’s expedition landed about two miles from the launch pad by using drag brakes to reduce its speed by half during its descent, slowing down to about 5 miles per hour for landing.  The capsule used parachutes to safely and successfully land back to the West Texas launch pad after the rocket had landed. Blue Origin’s flight lasted about 10 minutes while Virgin Galactic’s lasted  59 minutes from takeoff to touchdown

It’s safe to say while both of the flights had their differences, the end goal was the same- safe passage to space and back. Commercial flights made by civilians in the near future as both companies have successfully shown that their method of flying to space was successful. This is truly a boost to our work for space exploration. 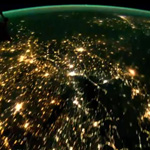 Are you taking a trip to space but have no means for money transactions from there? Not to…
byMushfiqur
16 shares
16
0
0
One comment 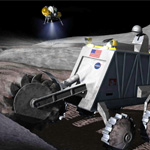