Smart glasses have been around for some time now, Google making the first ever in 2011. Despite being under heavy scrutiny, smart spectacles are used in many areas around the world. Let’s make a side by side comparison to see how  Google, Snapchat and Facebook fared with this unconventional piece of technology.

Facebook announced the Rayban Stories quite recently, slapping a price tag of $299 on it. The creators of Oculus Quest have gone one step ahead into broadening their VR and AR horizon. However, like most other smart spectacles, the Ray-Ban Stories doesn’t come with Augmented Reality. The device comes with streamlined, open-ear speakers which you can use to play your favorite music. The three microphone array paired with the speakers provides some avenue for making phone calls. A touchpad is installed on one of the frames to control volume and cycle between songs.

The 5MP Dual cameras are built within the frame and can take 30 second videos and pictures by the press of a button.The button is located on one of the frames and a tap will allow you to start recording video footage while holding the button takes pictures. Besides manual controls, uttering “ hey facebook, take a picture” will also prompt the spectacles to take a picture of your field of view.

As for battery life, the batteries in the Ray-Ban Stories can last upto 6 hours with limited use so you can expect the battery to last a lot less longer with regular use. The glasses can be charged with the casing that comes with it.

As mentioned before, the Ray-Ban Stories doesn’t come with AR which may eliminate the very purpose for commercial use . People may use them on rollercoasters or while boating but unless it’s really sunny outside, people will not find a reason to wear these glasses. There is also the concern about privacy- people misusing the spectacles to record or take pictures of individuals.

The Snap Spectacles was also announced quite recently and unlike the Ray-Ban Stories, it does come with AR. It comes with some pretty decent specifications: 2000 nits brightness which make viewing your lenses( AR) more eye soothing, 2 RGB cameras to record footage and take pictures, 4 built in microphones and 2 stereo speakers to listen to music and make calls and a touchpad. Snap Spatial Engine enables 15 millisecond motion to photon latency which make lenses appear quickly and accurately in your fov. You can perform the tasks previously mentioned in the Ray-Ban Stories; additionally you can play games which is possible due to augmented reality. There are many lenses made by creators for  you to use using lens studios which helps to build and change new lenses and watch them unfold in front of you. After you have used a lens to make a video you can snap it and send it to your friends via snapchat. Additionally, you can use your manual controls( touchpad, buttons etc) or say “ hey whatsapp” if you want to get anything done. It is important to mention that the battery life is going to be only 30 minutes so don’t expect long sessions of usage.

While all of this sounds very exciting, it pains me to say the Snap Spectacles won’t be available to the public as of now as it is being offered to developers and Snap creators to figure out what they can be used for. But when it does come to the stores, I’m positive it will allow millions of people to get a taste of augmented reality and express their artistic side to the world using the Lens Studios. It may even be used a lot more than Facebook’s Ray-Ban Stories which allow functions that a smartphone will be able to perform, dissuading people from spending $300 on them.

Google was the first company to have come up with Smartglass technology. Instead of looking like a sunglass, Google Glass had a more sci-fi look to it- instead of lenses, there was a small glass prism and a projector. Besides taking pictures and video, the Google Glass can run widgets like Maps, Calender or show the weather. It is equipped with a 5MP 720p camera to capture your precious moments.

Google Glass was initially not available to the public unless one were a google developer. But as these were released to the market, they were set at a price of $1500  which proved to be a lot for most buyers. On top of that, the very conspicuous look of the Google Glass made people around the wearer very paranoid and some annoyed( at the thought of being filmed). Once there was a bar fight because a user was filming inside a bar using the glasses. A new version of the glass, Google Glass 2.0 was released which had increased RAM and an option to install prescription lenses.

The very high price and the negative reaction from the crowd made it less popular among the public but its use seemed to develop a lot in the work environment. In fact its use had become widespread in factory jobs, surgery and many other work places so much that a new version,  2017 Enterprise Edition, was released to assist those in the workplace. Google Glass was seen as a productivity tool and was used by companies such as DHL, GE and Intel.

To Summarize, Facebook’s Ray-Ban Stories needs more updates and it certainly needs AR for people to use it more often. Its current functions are really not worth buying it for( unless you are on an undercover mission in a hot zone and you don’t want to be caught taking pictures with a phone). Snap Spectacles has the most potential among the three of them in my opinion, the prospect of AR makes the spectacles very interesting and something to look forward to. There is nothing really to say about Google Glass at the moment. Who knows, maybe Google might be able to revolutionize Smartglass technology in the future and bring it to the public but for now its as useful to us as a machine making chocolate in a chocolate factory.

Acer has unveiled a new Iconia 8 tablet which according to its name, has an 8-inch display and…
byMushfiqur
No comments 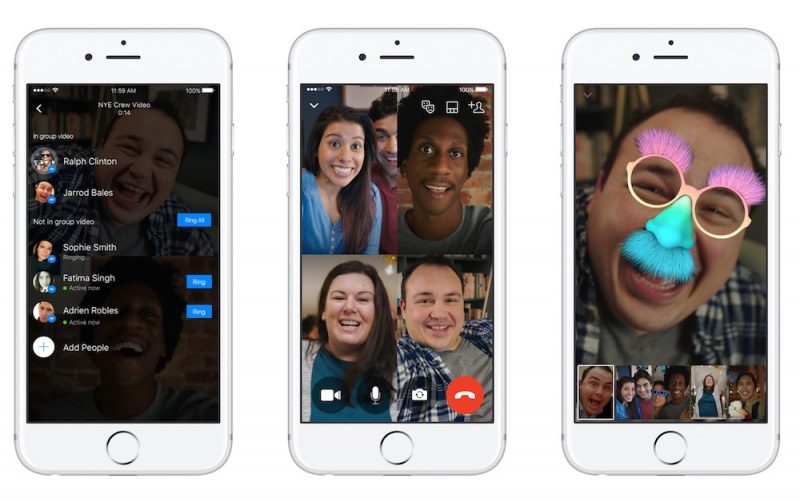