The Surface line of products from Microsoft have been around for some time now. Despite sales not being as high as Microsoft’s Windows operating system, the company still goes on to release new hardware. Here’s what they announced in today’s Surface reveal event.

Microsoft announces yet another two in one in the form of Surface Pro with Surface Pro 8. The laptop-tablet designed for Windows 11 comes with a quad core 11th gen intel evo cpu which increases computing power by 43% and 75% faster graphics. 32 GB of RAM paired with the new CPU is targeted to serve those who look to be as productive as possible with faster and smoother operations. The Surface Pro 8 comes with an ultra light detachable keyboard, just like the Surface Pro 7. Studio Microphones , front facing camera and Dolby atmos allow users to be coherent and clear in their zoom or Microsoft Team meetings

The Surface Pro 8 comes with an edge to edge 13” pixelsense touchscreen which can display 5.5 million pixels per second for sharp imagery. The screen also comes with Dolby Vision, 120 Hz refresh rate and adaptive color technology where the color changes its color shade according to its environment. A fully adjustable kickstand allows users to seamlessly make the transition from Laptop to Tablet and vice versa. The surface pen has also seen some updates with the new Surface Slim Pen 2. A very interesting feature of the pen is that it gives tiny vibrations when being used on the touchscreen which sends tactile signals to the nerves. Basically the new pen will give users the feel one would get by writing with a pen on paper. This will stimulate the motor signals in the brain and tap the brain’s creativity and thinking. The pen feels natural and it comes with precise inking for greater visuals on the screen. Its zero pressure force, ultra low latency and sharp pen tip will help creators working on Adobe Fresco or teachers using Microsoft Whiteboard a much better experience.

A battery life of upto 16 hours was announced at the event as well as a highspeed thunderbolt 4 usb port. The Surface Pro 8 is set to bring in some decent changes to the touchscreen and the pen but the other features remain unchanged and we can only know more upon buying it.

Microsoft has made yet another announcement on the Surface Go. This time it’s run on a Windows 11 operating system which allows users to access some cool features. The Surface Go seems to be more child-friendly with parental control options added to Microsoft Edge. Screen Time can be monitored in the widgets section and the Surface Go makes school work a whole lot easier. Its 10.5” display is large enough to enjoy movies and video content on and users can play games by streaming from the cloud. With the Surface Go announcement, Microsoft has also revealed an Ocean Plastic mouse that is made with 20% ocean scrap.   Overall it seemed like a good purchase for households with children but not limited to them only.

Microsoft has also shown us steps that they have been taking to include people who were disabled and couldn’t use such sophisticated technology. A Surface Adaptive Kit is set to be released which contains a Lanyard for those who have a difficult time opening their laptop screens and some gluedots which will help blind people use their products. A great initiative I should say!

The Surface Duo 2 is one of the bigger announcements made in the event. Microsoft has partnered with Qualcomm and installed the  Snapdragon 888 5G Mobile Platform CPU for better performance and faster speed.

It’s new dynamic triple lens camera is something to take note of. The camera uses focal length that professional photographers use and lower angle pictures look exceptionally well. The wide view camera also becomes very successful at taking quality pictures. There is a camera app in the Surface Duo 2 which allows users to preview the picture immediately on one of the screens as well as perform edits and see the preview immediately upon tapping the screen on which it is shown.

As for the displays, an 8.3″ PixelSense Fusion Display is used which can generate half a billion pixels per second. The display also comes with a 90 Hz refresh rate which makes writing with the pen and scrolling a lot smoother. The curved display brings both sides of the phone closer together, held together by precise hinge mechanisms for smoother transition.

The Surface Duo 2 sees a new addition with the glance bar on the side to check time, see how many calls or text messages are received without opening your phone. Surface Duo 2 can now be used alongside a Windows PC. The “ My Phone” application will allow transfer of files from the Surface Duo 2 to the Windows PC, help run android apps on a PC etc. Xbox game pass will allow over 50 games to be streamed on the Surface Duo 2 from cloud or from an Xbox console.

Microsoft called it its strongest Surface device built so far and the specs bolster that claim quite convincingly. It is powered by an Nvidia GeForce RTX 3050Ti GPU and a quad core 11th gen intel processor along with 32 GB RAM and a super fast SSD. All of this is supported by an industry leading thermal design so the hardware stays cool and the productivity keeps flowing. It comes with the high speed thunderbolt 4 usb which can also be used to connect an external monitor with the laptop.

The laptop is a great choice if  you are into gaming as an editing with its desktop-like specs crammed into a laptop. Video editing can be done with the Surface Slim 2 pen in studio mode which previously had to be done with a mouse on a desktop or laptop. As for the screen, it is a 120Hz 14’4”  pixelsense touch screen. Users will be able to use a precision haptic touch pad optimized for gestures such as switching windows in Windows 11. Its AI powered  smart camera

Optimizes for lighting and exposure so even if there is a lack or too much of lighting, your video feed will be just fine.

Overall, some exciting announcements were made in this month’s Microsoft Surface Reveal. Will the Surface Laptop Studio do justice to Microsoft’s Claim? Will the Surface Duo 2 be a viable option for a cell phone? We can find out after these come to the market on 5th October. Till then all we can do is wait in anticipation. 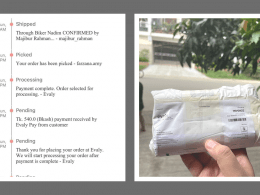 Wireless telecommunications for commercial as well as personal purposes has ballooned since the beginning of the 21st century.…
byMushfiqur

Samsung is not yet ready to let go of its renowned flagship Galaxy SII, so in order to…
byAlavi Wahid

Admit it, you love the age of cloud storage and there is none other Google drive you love…
byEhsanul Haque Nitol
22 shares
22
0
0
Total
2
Share
2
0