Since humans looked up at the stars and wondered what there was up there, they’ve been trying to make their own wings or build machines to take them there. The last century has seen some incredible innovations in aviation technology, whether they be for exploration, transportation, or battle.

Of the 32 SR-71 Blackbirds that were built, only 20 remain. The 12 that were destroyed weren’t gunned down by enemy forces, but were destroyed by mistake. Of the 12 downed birds, many of them were due to ‘inflight emergencies’, such as: disintegrating at high speeds, pilots misreading information in the plane, and loss of control altogether.  This reconnaissance aircraft, capable of reaching speeds of over 2000 mph (this is Mach 3 – three times the speed of sound!), was developed and flown in the 1960s and 70s. The record it holds for being the fastest manned aircraft to fly within our atmosphere is still unbroken. 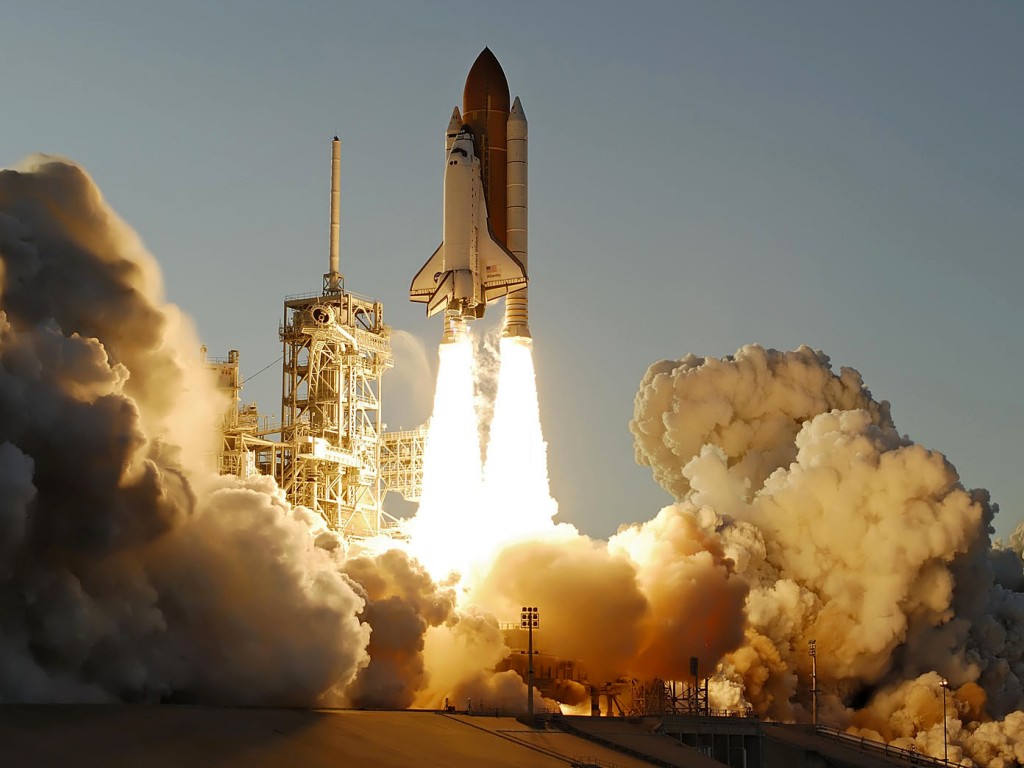 The Space Shuttle was the first reusable space aircraft. Five of these machines took loads of scientific equipment, satellites, and astronauts into space to work on a number of missions. The first aeroplane was flown in 1903, and not even 60 years later, in 1961, the first human was sent into space – testament to the amazing  further progress that our innovations allow us. Who knows where we’ll be in another 60 years. Space Shuttles not only take us into space, but allow us to build further contraptions in space – such as the…

A truly no-borders effort, the International Space Station (ISS) is a cooperative effort between the United States, Russia, Canada and the European Space Agency. Serving as a maintenance point and possible launch pad for further exploratory missions, the ISS has been orbiting the Earth – from which it’s visible to the naked eye – since 1998.

Not only is this hunk of metal floating around our planet in low orbit, but people are occasionally stationed on it. Living in confined and extremely stressful conditions takes its toll, as you can tell from this journal entry of Russian cosmonaut Valery Ryumin, written while aboard Salyut 6 space station: “All the conditions necessary for murder are met if you shut two men in a cabin measuring 18 feet by 20 and leave them together for two months.”

It was a long-standing and seemingly unobtainable dream of aviators to construct a flying machine that could act as either a plane or a helicopter. After many failures over years of testing, the V-22 Osprey finally saw the light of day. Two rotors are attached to its wings. These  turn, acting as helicopter blades when horizontal and as propellers when vertical. The result is that this amazing flying machine can both hover and burst forward at incredible speed.

The Wright Flyer – The First Aeroplane

Against a range of modern flying fancies, the Wright Flyer might not seem like much – but for its time, it was as important and revolutionary as the first flight into space was in the 1960s. This plane was inspired by toy gliders and box kites, and underwent testing in the Wright brothers’ own homemade wind tunnel. The Wright Flyer had its first successful manned flight for 12 seconds near Kitty Hawk in North Carolina, in 1903.

About the Author
Jeff usually writes about industrial engineering at www.hvdh-sa.co.za, but has a passion for all kinds of interesting machines.

Every now and then, a major world sporting event seems to influence gaming, and right now we’re seeing…
byMushfiqur
No comments

It seems the Nexus 2016 has been spotted in a picture and oh boy, it looks ugly! According…
byMushfiqur
No comments
Total
1
Share
1
0