The recent trailer published by the Battlefield blog simply blew me away. This game has everything a hardcore first person shooter would ever dream of and the reason behind getting blown off is simply due to its intense game play. Battlefield actually presents the gamers a perfect environment of what a real battlefield would be like and most importantly, how the sky would be when there are jets flying around.

This trailer mainly concentrates on the vehicles  used in this multiplayer gameplay map, ‘Caspian Border’ played by 64 players. But whats more amazing is the fighter jets and the choppers!

From what the video shows, the fighter must be a F/A 18 Hornet engaging in dogfight with enemy fighters which seem to look like Sukhois. Moreover we can also see the Apache helicopters pounding the ground forces.

10.25.11 is its release date and by watching this video, I am pretty sure all the gamers would get impatient about its release !

Personally out of all the fighter-simualtion games, I have a feeling Battlefield will defeat them all ( Ace Combat/HAWX ). Battlefield 3 would definitely change the FPS gaming sector!

Check out the awesome video below! 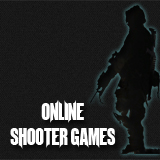