October 25th was Microsoft’s biggest day this year, and possibly even the last few years. They launched their boldest OS to date and their very own in house designed tablet device, the Surface. After months of anticipation and teasing they finally released the Surface to the world. I went to the Microsoft store at the Mall of America in Minnesota to check it out first hand. 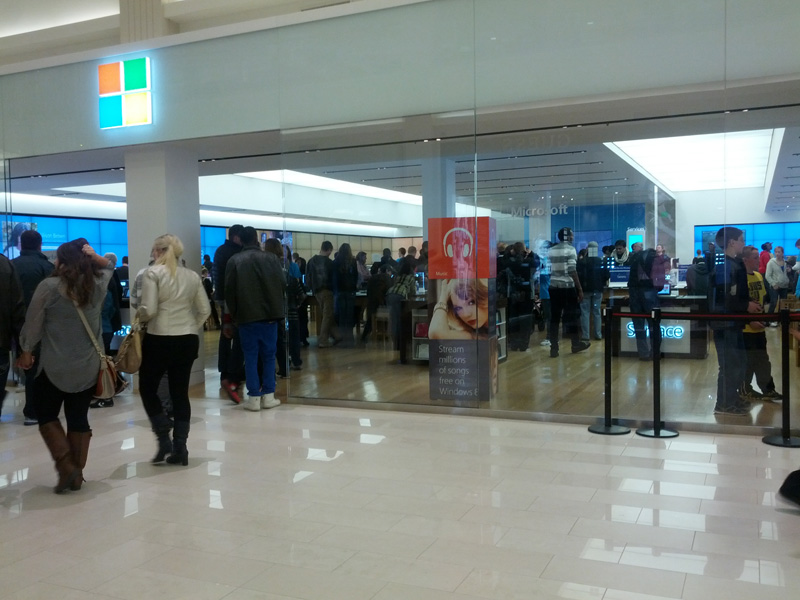 As I got closer to the store I noticed that there was a line of people waiting to be let in. I decided to take a peek at the situation inside instead of just joining in the line, and found that it was there so people had space to walk around in the store. As some left, they gradually let more people in. There were lots of blue shirt wearing Microsoft employees walking around and talking to people. One came up to me and asked ‘Are you here to see the Surface?’. I had to give my honest answer, ‘Yes, but just to play with it. I’m waiting for the Surface Pro to come out.’

Interestingly, the Microsoft store is exactly opposite Apple’s one. The contrast was quite something. Apple with their all white outlook and a respectable number of people checking out the new iPads and right opposite them, Microsoft with a line of people waiting to go in, a very festive mood and splashes of color everywhere.

I actually decided to wander around other parts of the Mall in the hopes I that the store would be a little less busy when I got back. But when I returned the line was only a little smaller and there were still a large number of people in there.

All the Surfaces were lined up on tables with a stool to just sit back, relax and try the device out. I found an opening, sat myself down and stared at the beauty in front of me. The Surface looks stunning in person. Microsoft did an amazing job on the hardware and everything about it just feels very well thought out. The tablet is very light and has feels great in ypir hand. Smooth to the touch and very sturdy. I took off the stand multiple times to test it out and each time it would close with a very very satisfying ‘click’.

The type and touch covers were lying nearby. They also give out a “click” confirmation when they lock onto the surface. I had initial reservations about how the covers would work out but after handling one in person, I was surprised how well it felt to type on it. It’s definitely not the same as a full keyboard but nonetheless it is a great achievement in engineering.

Windows 8 RT was smooth. Very smooth. Touch response was good and I hardly noticed any lag. As promised by Microsoft I noticed the full version of Office 2013 installed. And boy does it feel different than the Office we are used to. Same classic powerful office but with a very modern overhaul.

The Surface should be a great entry for Microsoft into the tablet world and as their own in house hardware. Personally, its Surface Pro I would rather get because of the full Windows experience (and not Windows RT) but judging by just hardware the Surface is a solid beautifully made tablet. Distinct in its own right and unique with its addition of the stand and covers.

Many of the “older” smartphones available on the market, such as the Nokia 6600 released in 2003, were…
bySophie Webb
4 shares
4
0
0
No comments

The whole world was confident it was iPhone 5 for 14 months until today’s announcement. One digit was…
byMushfiqur
8 comments

The Xoom 2 is finally here! For the time being it will be released, in the UK and…
byMushfiqur
10 comments 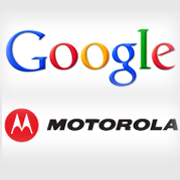