You are Here: Home Latest Posts Gadgets 10 Incredible Pieces of Tech that Should Probably Have Never Existed

Necessity is the mother of invention; also, insanity. Here are ten tech inventions that trod the fine line between ‘unsung genius’ and ‘total disaster’: Babbage’s Difference Engine has to rank up there with some of the greatest ‘what if’ questions ever. Essentially the world’s first computer, Babbage failed to complete the project when funding was pulled, thus depriving the world of LOLCats for the next hundred and fifty years. Had he succeeded, we wonder how long it would have taken for the first programmer to upload some hardcore ankle stuff. 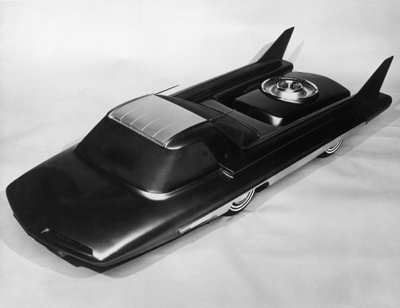 In the warm, fuzzy, probably radioactive afterglow of the Hiroshima bombing and Trinity weapons tests; Ford decided to leap on the atomic bandwagon by… well, inventing the damn thing. Powered by a small nuclear reactor nestled at the back, the Ford Nucleon never made it past the concept stage. Problems would have included radiation poisoning, and the Nucleon’s potential for upgrading a simple ‘highway smash’ to a not-so-simple ‘nuclear holocaust’. One of Time’s 50 Worst Inventions and the subject of derision the world over, Betamax is synonymous with hilarious failure. Overpriced and unable to cope with more than two hours footage, Betamax was blown out the water by its cheaper rival VHS; leaving only a legacy of disappointment and punchlines to smug 80’s-based tech jokes.

Have you ever found yourself staring at your vinyl collection and thinking ‘I wish I could eat that’? No? Clearly you’re not thinking outside the box enough. In 1903 the Stollwerck Chocolate Company launched a limited run of phonographs designed to play chocolate records, possibly in an attempt to torment fat music lovers. Incredibly, some of these records have survived over a century of late-nite snack rampages, and are now considered collector’s items.

The idea was an interesting one; the demonstration was also interesting, for much more tragic reasons. In 1912, Franz Reichelt decided to test his invention by strapping himself in and leaping from the Eiffel Tower. The result of his ill-conceived attempt to defy gravity? Gravity won.

Ha ha! Those crazy, old-timey people; first nuclear cars, now this! What won’t they think of next? Well, prepared to have your mind blown; the steam powered sub totally worked. Built in 1867 and successfully tested 20 times in Barcelona harbour, at depths of up to 50 metres, the sub was so far ahead of its time that literally no-one had any idea of what to do with it. Tesla was one of those geniuses who seem more suited to the appellation ‘supervillain’. When not having his inventions stolen by Thomas Edison, he was creating devices usually unseen outside of Marvel comics. A ‘death ray’, ‘earthquake machine’ and a device to shoot lightning across the Atlantic were all projects our favourite mad-scientist spent time working on, with a worrying success rate. Sadly his dreams of supplying free energy to the world were never realised and he died a penniless recluse.

Device for Kicking Your Own Buttocks

Seriously. Patent No. 6,293,874 at the US Patent Office was a device allowing the user to kick their own ass. Presumably to be marketed to all you self-loathing macho types out there.

It was a plough and a gun. It was… a revolution. This 1820’s device was seemingly designed with the hardworking, genocidal farmer in mind. Want to wreak untold havoc while preparing your fields for summer? This is the device for you.

As anyone who has ever had to use it is only too aware, Windows Vista is simply the worst invention of all time. A giant middle finger to consumers and office workers alike, Vista came out at that strange time when Bill Gates appeared to have simply chucked in the towel and decided to let Steve Jobs just run the world.

This article was put together by the team at British Antique Replicas, who specialise in antique reproduction furniture

This is a sponsored post written by me on behalf of 3M for IZEA. All opinions are 100%…
byMushfiqur
19 shares
19
0
0
No comments