At first sight, I had doubts whether the XMI X-mini II Mini Speaker would do its job well. With questions buzzing around my head, I connected the speaker with my mobile, fitted perfectly well and selected a heavy metal song with double bass and skull crashing riffs to test it out. As I pressed the “play” button and increased the volume, I was stunned.

The device was tested in my university canteen where remaining silent is a sin. People gossiping, eating, running and what not. So you can understand the situation where I tested this out. As the song was playing, everyone who was passing by had to stare at the tiny device delivering such amazing clear sound. I had people coming over and asking me about the device, where I bought it from and its cost. What they didn’t know was that I was in the same position as theirs, surprised by hearing its sound. 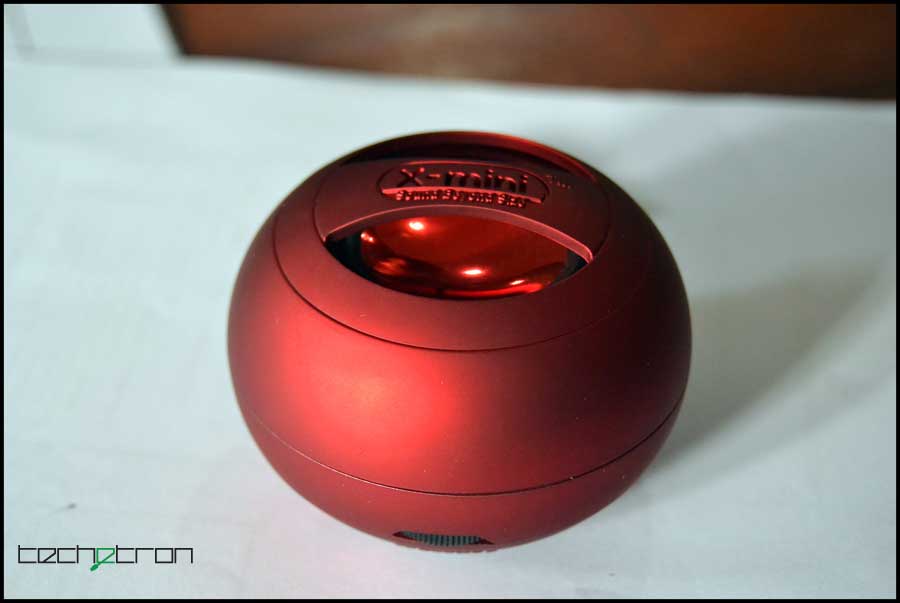 The device is insanely small compared to other portable speakers. As you can see from the picture above, it looks quite similar to a chicken egg! When you start listening to any songs, you need to slide the top cover to open up the speaker forming into a shape like an accordion. This is done mainly to amplify its sound. The good thing is, even after it expands, it doesn’t get so big as it might seem rather it looks very attractive! The capsule-shaped speaker comes in 8 different colours according to the company’s website and the one which I recieved had a fine matte red finish making it comfortable to hold.

There isn’t much features in the XMI X-mini II  and in my point of view, there doesn’t need to be any as long as it provides good quality sound.  At the bottom of the speaker, there’s the volume control slider, a mini USB port to charge, 3.5 mm audio jack, 3.5 mm port and the power button. 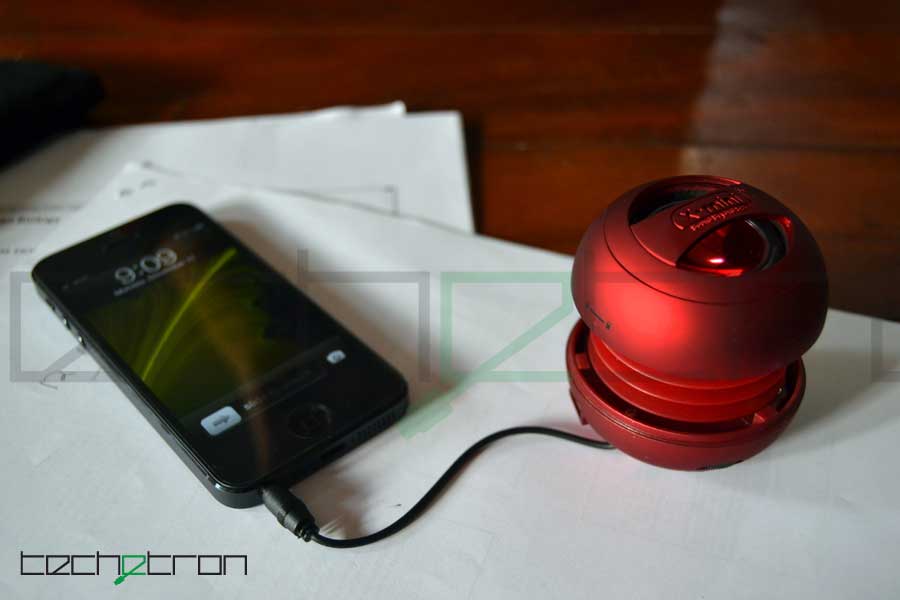 To test out the quality of sound, I tried out different genres of songs to see how much it could take in. Starting from Adele to Nile’s Sacrophagus (death metal band), all the songs played excellent. The powerful bass that was produced from this mini speaker was genuinely impressive. As the volume was in its maximum mode, even in all the noise in the canteen, people could hear what was playing.

Some were annoyed due to the heavy metal songs I was playing. By seeing this I knew exactly which song would cheer them up in a second. Maybe you have guessed it already. Psy’s Gangnam Style. This is when friends and others came in to ask me about this portable speaker. They were amazed to see such power in this small capsule shaped device.

If you think one speaker isn’t satisfying you enough, there’s the option to connect other similar mini speakers with each other, known as the Buddy Jack system, to produce a much more louder sound. There’s the 3.5mm port to help you do the job.

If you have two connected, each at its maximum volume, there’s a reduction in the sound quality. To reduce the distortion that’s created, it’s better to have the volume lowered down to give you a good performance in sound quality

As mentioned earlier, this mini speaker doesn’t take much space wherever you want to put it. If your going on a trip with friends and don’t want to use headphones, carrying two of these mini-speakers would give the best results. The speaker fits quite well in the pocket if you are not looking forward to carrying any bag.

Apart from its great sound and compact size, the other factor that this portable speaker accomplishes is being compatible almost with every mobile which has a 3.5mm audio jack. I tested it out with both iPhone 5 and Nokia C3100 and it worked perfectly fine. So there’s no need to worry about not having any smartphones. 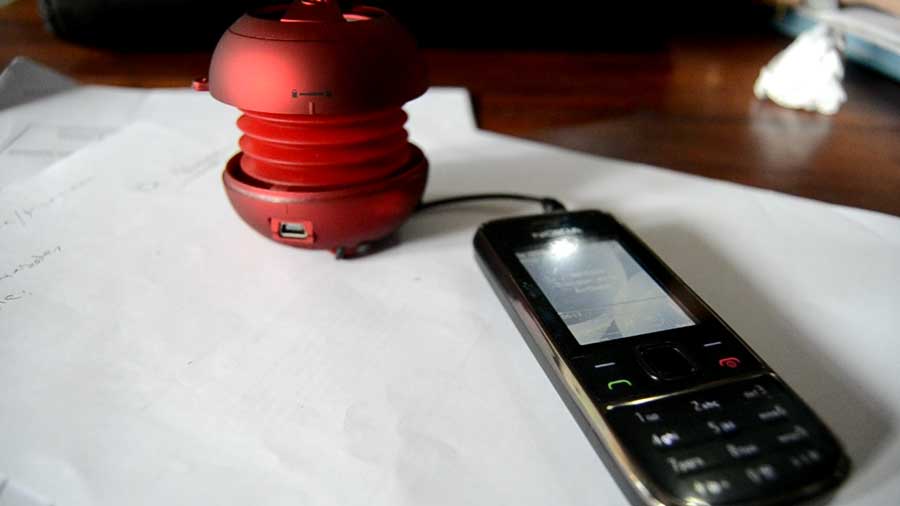 The charge lasts more than a day but stays 11 hours if used non-stop. The portable mini speaker comes with an USB cable and I can assure you that you do not have to charge it everyday.

The XMI X-mini II Mini Portable Speaker costs $32 and is worth every penny. The reason I scored it so well is because it aces in every factors listed, be it the size, design, portability, compatibility and the battery life. If you find the sound system of your laptop to be very weak, worry not. This speaker is also compatible with the laptop and by now you can understand what sound quality you will be receiving.

So will it be a good buy? Yes.

If you have used this mini speaker, let us know your experiences in the comments below.

Smart phones have had a major impact on many areas of business, but they serve one purpose especially…
byMushfiqur
2 shares
2
0
0
5 comments