While many are still touting Pinterest as the next big social network, it’s actually getting on a bit in social media years and has been around since 2010. But despite this steady climb to fame, the virtual pin board is still something of an enigma to many businesses.

In a lot of cases it boils down to a combination of excitement, a lack of education and, often, intimidation. They see the success that big retail brands are reaping from the platform and A) get excited and try to emulate it as soon as possible, B) see the prevalence of clothes, makeup and food and get stuck for what to pin then C) get disheartened, let the novelty wear off and allow their page to go stale.

It’s called a ‘social’ network for a reason

Just like with any other social media platform – or your digital marketing strategy in general, come to think of it – going in with a sales pitch full of shameless self-promotion is never going to get you the social proof, site traffic or conversions you need. The other users on Pinterest aren’t just users; they’re potential leads and, instead, should be nurtured in the same way as in the other areas of your campaign; with great content and a bit of community spirit.

Basically, you should act on Pinterest as you would on any other social network. Perhaps even more so, as it’s one of the most informal and community focused platforms around: hashtags are used to create conversations and find related content, commenting on and liking pins is common best practice and you can even join ‘Community Boards’ that multiple users can pin to. Most importantly though is the heart of Pinterest; ‘repinning.’

This is what the site’s all about. After all, sharing the content of others doesn’t just bring some diversity to your own page but, in turn, forges a relationship with other users. It’s flattering to know that someone else found your image interesting enough to use on one of their own boards, don’t you think? 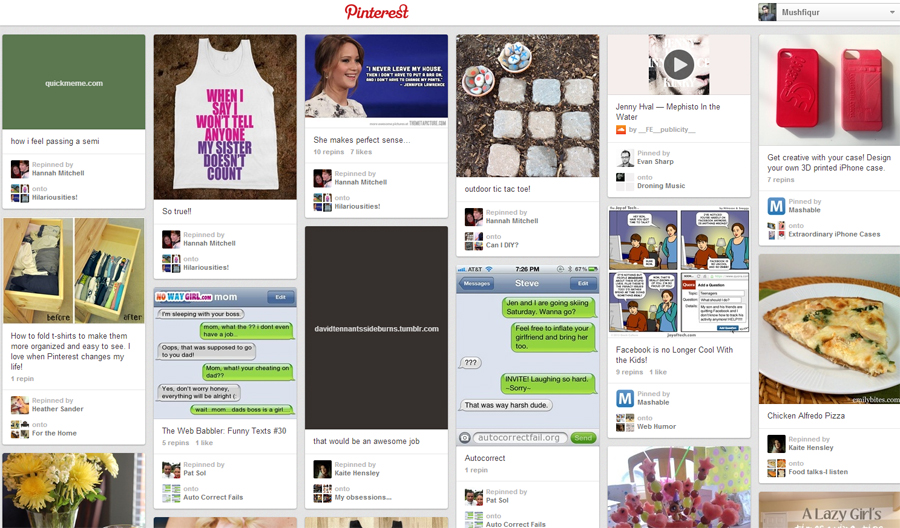 Harness this flattery using the 70/30 rule

Since Pinterest is such a visual platform and sees really attractive and interesting images gain the most traction, I’d say the rate at which you post sales or business related content should come in at 30%, with 70% of your focus leaning towards more social-friendly content. In other words you should be repinning images from other users or websites, actively liking other users’ content and leaving comments on relevant pins.

But how exactly can you do that when so much Pinterest content is related to home décor and fashion? Well, it all depends on your industry.

For now we’ll imagine you’re in digital marketing – do you really think Pinterest users will want to see nothing but content from your service pages? As well as being overtly self-promotional, chances are the imagery you’ve got on that page isn’t exactly Pinterest-friendly and certainly won’t be eye-catching enough to be shared. Not that there’s anything wrong with pinning from your service pages from time to time though, it just needs to happen in moderation and in conjunction with other related boards. For example, why not pin some infographics? They’re colourful, full of really great imagery and, most importantly, are much more interesting than a ream of text. In other words, they’re perfect Pinterest fodder!

In addition you could post web design inspiration, graphics you love and images from your favourite marketing campaigns to show potential leads what kind of work you aspire to. All you need to do is remember the 70/30 rule, think outside the box and don’t be afraid to get creative.

How have you found your experience of Pinterest for business so far? Do you have any tips of your own for conquering the platform? Tell me about it below!

Author
Charlotte Varela
With a degree in creative writing, Charlotte loves to push the envelope of social media and digital marketing content around the web for the benefit of others. Charlotte pursues a career as a creative content writer at Tone Agency, helping clients generate leads through content marketing. Find out more about Tone’s lead generation strategies by visiting their website here.

There is a big knowledge gap in the market regarding digital business in Bangladesh. Somehow most of the…
byRashed Moslem
1 share
1
0
0
No comments

In the previous post, we talked about the new way to exchange information with new friends through Poken…
byMushfiqur
18 comments 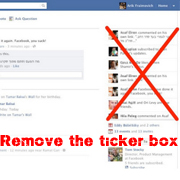 Once again, the Chrome Webstore comes to the rescue by releasing an extension which would be highly demanded…
byMushfiqur
7 comments
Total
15
Share
15
0