You are Here: Home Latest Posts Tech Digg Launches ‘Newsrooms’ to get back on track !

After launching Newswire just a month and a half ago, Digg has released yet another new feature called Newsrooms. Where Newswire used to show the popular news in real time, Newsrooms comprises of various topics where users can follow  and get the latest news based on that topic. I have seen lots of negative comments against Digg and how it lost its visitors with its dull interface but now, with this new release, Digg might get back on track.

Newsroom is currently on beta and only invited users can get access. If you are interested, go to your Digg profile and request an invite.

Here is how it works according to a blog post by  Digg CEO Matt Williams :

“- Sourcing: We locate great content for each topic and display in a real-time feed called “Newswire.”
– Signals: Stories are ranked automatically by an algorithm that looks at recency and popularity including Likes on Facebook, Tweets and LinkedIn sharing, to name a few.
– Curation: The news is then filtered by the Diggs and Comments of passionate users who have gained reputation as top influencers in each Newsroom topic. “

Once you enter the Digg Newsroom you will find a range of topics starting from Technology, Science, World News, Google , Facebook to something I did not expect, Lady Gaga. Why Lady Gaga ? Actually, Digg wanted it’s users to carry out a survey way before they released Newswire, where Lady Gaga was an option. Perhaps many people wanted Lady Gaga ? Oh yes, I did not. 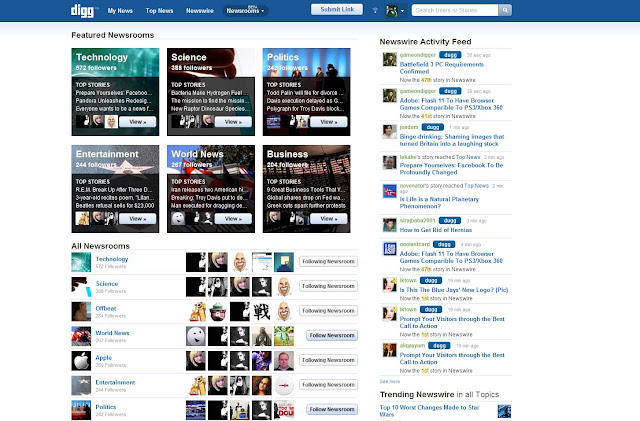 So after following a specific topic, you would see changes in the layout and designs once you enter the Newsroom. In the picture below showing the Technology Newsroom, you can see Digg has added new buttons which allows you to either Digg the story you like or Bury the story you Digged. Yes, the bury button is back!  Facebook and Twitter have been also been integrated to show the users the topic’s popularity.  According to Digg, this has been added as a popularity metric for their new algorithm. 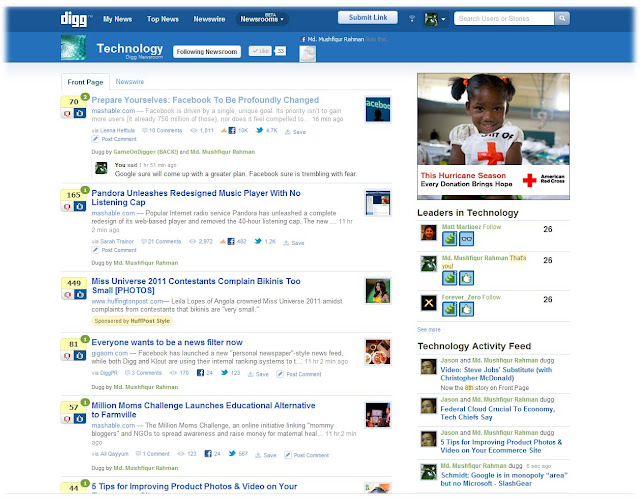 To reward the users for their activities  Digg has finally introduced an Award system.  This is one of the main reasons users are getting back to Digg. To get on top of everyone. However, due to this, users have already started voting and commenting on every single stories to get points and stay on top. The award categories are divided into 6 parts : Comments, Replies, Digging, Burying, Viewing Articles and the popular one, Promoting the Submissions to the front page of Newsroom. Get more points and be a leader of the topic you love! 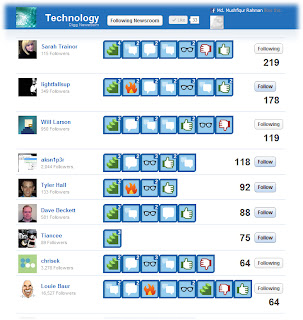 The ‘Submit Link’ button has also been changed and so has its way of submitting an article. Not a big change though, as it has provided an option to submit on a particular newsroom. 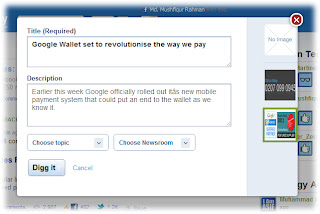 With this new feature introduced, old users who left Digg are returning back and have started ‘Digging’ and submitting new stories to share. Digg has done a great job and is looking forward to get back on track after its monthly audience dropped to about 3.5 million from 6.5 last October. Where other social media were growing in numbers, Digg was falling apart and that is when Williams was brought in to make things straight. It was indeed hard for him but with this latest initiative, I am pretty sure  things would get better. Check out this story and see all the positive comments ! Seems all the users are finally happy about the latest release.

It hasn’t been even a month since Google partnered with Samsung and announced their new Chromebook. Yet here…
byMushfiqur
2 shares
2
0
0
5 comments

Nintendo is trapped. They find themselves in a combination of an ageing core fanbase, the children of that…
byMatthew Taylor
No comments

Nokia, a name we all recall with great nostalgia and generally good feelings. The company is no longer…
byAlavi Wahid
12 shares
12
0
0
No comments

In order to curb grey imports that actually fill up the smartphone market, especially here in Bangladesh, Samsung…
byMushfiqur
No comments
Total
0
Share
0
0