About eight years ago, Google released Google Talk, a desktop messenger application to communicate between their gmail users. I picked it up though the expansion of the user base (and the size of my contact list) was slow to increase, it was a pretty lightweight and neat little messenger client including the chat service on the website. However, it didn’t really go anywhere from there. Google stopped updating the Talk application and focused on bringing more functionality to Gmail including the chat service.

The search giant then introduced Google+, their own social networking service. And that had it’s own chat feature too though that was at least connected to Gmail and Talk. But it was all haphazard and strewn about all over the place.

And then Babel entered the rumour mill. The one service to unify them all. After stewing a little bit it was finally revealed that the unified app would be called Hangouts.

Previously if you received a message on Talk the message would appear unread  all across your platforms – phone, tablet or browser. And you had to check off notifications on all of them. But with hangout reading on one makes them read everywhere.

Gmail chats no longer pop out inside the tab rather it acts like a separate application with a dedicated system tray icon. Very handy as you don’t have to go back to the tab every time you get a new message. The UI itself has changed significantly. The Hangouts window shows your most frequented contacts but you always have the choice of searching for other contacts. You can also start chat with multiple contacts.

There are a few shortcomings in this initial release though. For one thing, the contact list isn’t as intuitive as it was before in Talk (though it remains the same in the sidebar in the Gmail site) – you can no longer see properly who is online, away or busy. Online contacts are supposed to have a green bar under their thumbnails however it doesn’t seem all that accurate. Hopefully, these issues will be fixed in future iterations (and soon). Another nuisance is that I have yet to find an easy to find the email address of the person I’m communicating with!

Another way to look at this is that the line between SMS and instant messaging is blurring. You don’t know who’s online or who’s not when you’re texting someone – so perhaps this is a reflection of that. Everyone expected SMS to be an integral part of Hangouts, and someone actually even let out a tidbit that SMS will be announced soon – but damage control came in and corrected that they had nothing to announce at the time. But let’s hope that changes soon.

Hangouts is pretty cool, though still in its early phase so some things are a bit iffy (such as the contact list and I for one am hoping for a file transfer option). Ability to video chat with multiple people at free of cost is a definite plus (though AT&T has actually blocked this feature – you have to be on a Wi-Fi).

If you haven’t gotten around to installing Hangouts yet, follow the link to get it:http://www.google.com/+/learnmore/hangouts/ 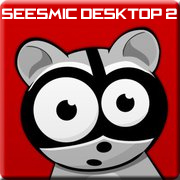 Before the winter of 2011, I had very little idea about what an Android was. Heck, I had…
byShahriar Emil
One comment

Today, there are many useful iPhone apps available in the market. Most of the apps are free of…
bySanjib Saha
7 comments