Puzzle and Dragons is like any other app but what sets it apart from the other apps is how the app itself generates a whopping $3,750,000 a day!  Puzzles and Dragons is on the top charts of the most downloaded app in Japan for both iOS and Android having around 10% of the total population as their users.

The game is a hybrid of Pokemon and Bejeweled and might be one of the reasons why this game has received immense popularity among the Japanese community. The game itself is a very simple one. As you advance forward in the game, you would come across monsters who you have to fight, not by unleashing any powers but by matching colored orbs in a sequence just like the way it in Candy Crush or Bejeweled.

So how does Puzzle and Dragons earn money? The same way all the game apps in Facebook earns! There are Magic Stones at each level which can be earned at each level. By using these, one can advance easily but once it’s finished, users have the option to buy the stones at different price ranges.

Have a look at the infographic below to know more!

Do you know any other apps which generate such huge amount of money? Let us know in the comments box below! 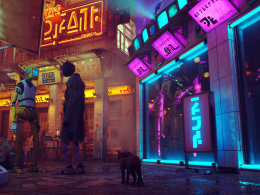 Video games, we all know what they are and can form an image of one whenever someone says…
byZaheen Zaima
14 shares
14
0
0
No comments

Batman Arkham Origins is a good game, except it feels uninspired and plays it overly safe. Its predecessors—Arkham…
byRajiv Ashrafi
No comments